Forecasting is an inexact art, but something which is crucial to stay ahead of the curve in any industry.

The ability to correctly predict trends and audience behaviours is invaluable, whether your business is retail or digital marketing. Sometimes, it’s a case of looking back at what has worked previously, as much as it is looking at entirely new ideas. We’ve all heard the saying ‘don’t reinvent the wheel’ and, indeed, if something is going down overwhelming well with your target audience, it can be extremely risky to try to change it.

However, resting on your laurels is also a dangerous tactic.

Therefore, you must constantly be abreast of the latest trends, and decide which ones are appropriate and, more importantly, potentially lucrative for your business.

With that in mind, we take a look at 7 of the top trends in digital marketing for 2017.

In no particular order, we’ll kick off with:

Falling somewhere between testimonial and mere mention, influencer marketing is seemingly casual endorsement (often from a celebrity or thought-leader) for your product or service.

It is reputation enhancement through association, be it a one off, such an Instagram post promoting one particular product, or a continued relationship, such as prominent person expounding the virtues of a particular brand with a sentence (or tweet) such as “I only ever use X brand.”

This is targeted exposure to an already-interested audience, but it’s not an explicit advert, which means it avoids the ad blockers.

The Internet of Things:

Connecting the physical world to the Internet is not a new idea, the ‘Internet of Things’ has been a live concept since at least 1999, with the earliest mention found in Colliers Magazine 1926 (datafloq.com).  It is, however, gathering speed, with the advent of Amazon’s Dash buttons in 2016.

There are multiple applications for the IoT across a variety of industries, from retail to security to aerospace, and, in turn, a wealth of marketing opportunities.

It is estimated there will be 50 billion IoT sensors by 2020, and more than 200 billion “Things” on the Internet by 2030 (Forbes.com). This amount of trackable customer data is gold-dust for marketers.

However, there’s no rule book, and although the IoT will undoubtedly affect the way we live, work, and shop, it will be up to businesses and marketers to harness it’s potential as a marketing tool.

No matter what kind of tool or marketing method you are using, content is key.

The appetite for videos shows no signs of abating, although with everyone and their dog ‘going live’ that may change. Even so, the key to mastering content is to use a series of channels and a variety of methods to get your message across to a targeted audience. Sounds simple enough?

It’s a balancing act, and one which has been further complicated by advances in technology, such as virtual reality. 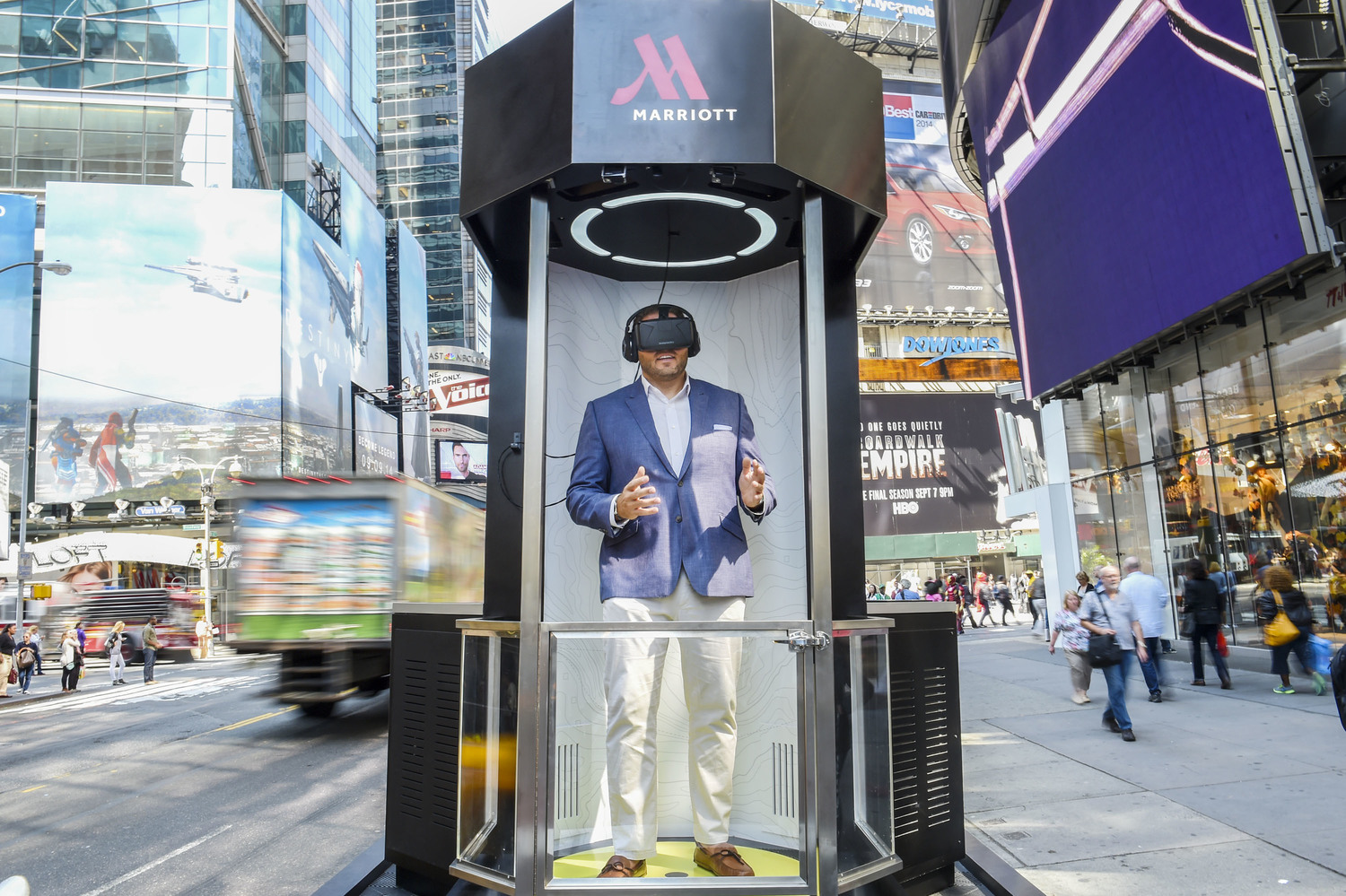 Immersive Content is the future, but it’s already started. Brands like Coca Cola, with its virtual sleigh ride, soft cheese supplier Boursin (virtual trip through a fridge) and Topshop, who created a virtual catwalk, have all been experimenting with this technique. The bar was set by Marriott Hotels, however, which partnered with Framestore VR Studio and Relevant, to allow its customers to ‘teleport’ to their chosen destination. It might be still in its infancy in terms of digital marketing, but immersive content and this kind of virtual reality customer experience is something which is likely to become increasingly prevalent in 2017.

As discussed, ad blockers are becoming more sophisticated, which in turn means mobile marketing needs to up its game. Expect to see an increase in contextual, third-party marketing through tools such as Siri, and location-based services such as not just being able to pay the bill, but see it broken down and split it fairly. Push notifications are also on the rise, and could replace old-style pop-ups as the mobile users’ biggest annoyance. However, they do have many useful applications.

SEO on the Go:

Since Google introduced its first mobile-friendly ranking system in 2015, mobile content has been going through some growing pains, as brands frantically tried to catch up to the standard of content they were producing for their websites. In October this year, they took it one step further, with the news that the search results will now soon be indexed separately to desktop, and that the mobile index will be the primary one. This means Google can more effectively judge mobile content, and index it accordingly, so you need to ensure you are delivering high-quality content to your mobile users. You also need to make it snappy, as the loading speed plays a big part in Google’s ranking algorithm.

Finally, thanks to the emergence of chatbots, consumers are becoming more and more used to talking ‘directly’ to the brand, particularly when it comes to customer service. Most of us use messenger apps on a daily basis, we’re comfortable with this form of communication, and we like having the opportunity to speak to a ‘person’ even if they’re actually a brand-created avatar. What is key here is a natural, real-time interaction.

So there you have it, just a few of the trends likely to make a big impact in the digital marketing world in the coming year. Some will be more relevant to your target audience and, indeed, your business model than others, but they’re all tools or methods that you should be up to speed on if you want to compete in the digital world.