It’s common knowledge that cyber-bullying is rife at the moment. With increasingly more young people spending more time on their phones, there are more opportunities for bullies to strike.

According to research, over half of adolescents and teens have been bullied online, and about the same amount have been the bullies. Unfortunately, it has only been when victims have taken extreme measures that the social media giants have stepped in.

Bullying has existed since long before the age of social media, of course. The thing with social media is that it enables all kinds of people to say whatever they want without saying it to someone’s face.

Instagram announced a new feature earlier this week, which has been put in place to start tackling the issue of bullying.

In short, this new feature uses Artificial Intelligence to detect hateful language and the types of comment that are usually reported by users.

When a user types something out which is flagged as potentially harmful content, a notice pops up.

The notice reads: “Are you sure you want to post this? Learn More.”

If a potential bully decides to ‘learn more’, they are informed that Instagram are asking people to rethink comments before they post them.

According to Instagram boss Adam Mosseri, this feature can encourage “some people to undo their comment and share something less hurtful once they have had time to reflect”.

It’s certainly a good way to make them feel guilty before they go ahead with it, but is it that easy to get the bullies to back down?

There has been a lot in the press lately about Love Island, and the increased measures they are taking to monitor contestants’ mental health.

It surfaced not long after this current series began that lively Geordie Amber Gill was receiving disgusting messages on Instagram. 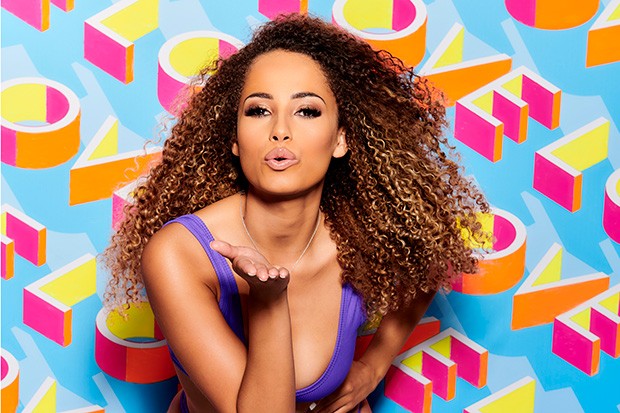 A friend who is looking after her social media accounts whilst she is in the villa shared some of the nasty messages on her Facebook page, outing the bullies. As soon as he said he was reporting it to the press, then came the excuses of ‘oh it was my friend on my phone’ or ‘I was only joking’. Which we all know is rubbish.

Yes, people can form their own opinions of others, but this goes to show that nobody is safe from online abuse.

Perhaps the fact that the bullies, anonymous people Amber has never met before, suddenly changed their tune when responded to, will mean that Instagram’s pop-up notice may actually help prevent some of these messages actually being sent in future.

According to Statista, as of April 2019, this is the age distribution of Instagram users across the UK:

From these figures, we can see that a third of all UK Instagrammers are ages 24 and under. Generally speaking, this tends to be where most of the damage is done with bullying.

While we love getting the perfect Insta post and caption combo just as much as the next person, there’s no denying that the combinations of bullying and body image woes are getting even more problematic for Instagram.

Yes, there are options to make profiles private and to block people, but there is still a need for more to be done.

You may have seen in the news recently that in Canada, Instagram was trialling an idea to hide likes from everyone except the owner of the account. This is in an attempt to get followers to focus on the actual content, rather than the numbers.

Sometimes, users who treat likes as social validation can even go so far as to delete a post because it didn’t get enough likes. This is not how Instagram wants us to act, so hopefully this like-removing test will have some positive results.

In a society which has become so dependent on racking up likes, it is interesting to see what will become of this, and if it will be rolled out further in future.

The second of these new features is ‘Restrict’. With this, users can identify personal bullies without banning them. Instead, users can review comments which the restricted account tries to post, and it will show up behind a ‘sensitivity screen’ so that the user has to tap to see it.

The Restrict function means that exposure to the bully is limited, without them being banned. Think about it. If a bully was aware they had been banned, they would probably try and find other measures to cause conflict.

Digital detoxes are becoming more of a ‘thing’, whether it’s for a week, a month, or even longer.

Sometimes we do just need to switch off from endless scrolling, especially when ogling the falsely perfect lives we see on Instagram.

In fact, a break from this could actually help you to question more of the idyllic lives you see while scrolling.

It has been rumoured that Instagram may be trialling a ‘take a break’ option so users can take some time off. If you want to take a break anyway, you can temporarily deactivate your account.

Don’t worry – your posts will still be there when you return!

This content sharing platform has its goods and its evils, just as all other forms of social media do. As brands, it is up to us to encourage friendly behaviour and positive engagement, while Instagram does what it can to deter bullies from acting.

As users, can we all agree to think twice about what we post, and let’s not let the likes get the better of us! We all know our content and captions are ace, and to anybody who doesn’t agree, well, it’s their loss, not yours.

Looking for some respectable social media gurus who can help your brand be the best it can be online?