Place in hand a product, take a quick selfie, throw together a couple of hashtags and boom, you have yourself an advert.

The role of online influencer marketing in the last few years has drastically escalated. Our modern society has become so accustomed to seeing celebrities and profiles with a large following advertise products and material onto their social media feed. It is the norm. Audiences, particularly the younger generation, can now be reached on their devices all day, every day. The days of TV advertisement and commercials seem to be a thing of the past, with social media adverts now being the medium to generate clicks and interest from consumers.

However, new changes are now being put into place for influencers and paid media professionals online. No longer can online celebrities simply take the paycheque and ‘secretly’ advertise certain products to their audiences. This reference to ‘secretly advertising’ is not meant to make these influencers appear like frontrunners to be the next James Bond, it is simply referring to their tendency to hide the ‘monetary relationship’ between themselves and their paid organisation. There is, however, now a bigger emphasis on their responsibility to make it clear that they are in fact advertising.

What Impact Will This Change Have?

No, this is not the end of influencer marketing. In a nutshell, there is simply being a clampdown on how influencers convey messages to their audiences. The influence that some celebrities have on consumers is astonishing, with many fans idolising these social media stars. Quite simply, they are the new generation of role models.

Whether it be through clothing products, makeup or even places they have visited, online influencers have a huge impact on what certain audiences choose to buy. The phrase ‘influence’ keeps creeping up, but it’s true, specific individuals have the capacity to affect the buying behaviour of millions. The CMA though (Competition and Markets Authority) have recently highlighted the point that many consumers may feel misled if it is not clear that a paid advertisement is taking place.

If not, millions of fans may interpret certain posts as recommendations from celebrities, as they are unaware that the individual is being paid to promote a specific product or location. Chief Executive of the non-ministerial government, Andrea Coscelli, has stated:

“You should be able to tell as soon as you look at a post if there is some form of payment or reward involved, so you can decide whether something is really worth spending your hard-earned money on.”

Influencers must now be clear when a post is a paid promotion or face a prison sentence/heavy fine should they not comply with the new regulations. A simple hashtag of #Ad or #Sponsored seems enough to satisfy the CMA and ASA (Advertising Standards Authority), so expect to see these on a few Instagram captions/posts in the near future. Every post is considered as a separate offence in the online world, so every picture, status or Tweet must also follow these guidelines.

There are no short corners to take, like having a business name plastered in your bio – the rules apply for every single post shared online. From a consumer’s perspective, not much is being estimated to change though, as celebrities are still free to share promotions online. They just have to ensure that their audiences are aware that an advertisement is taking place.

The new updates towards influencer marketing certainly sum up the current issues regarding celebrity endorsements. One hit documentary that has recently caused a storm on social media has been Netflix’s Fyre: The Greatest Party That Never Happened. Although many will be aware of the festival that occurred (kind of) in April 2017, the storyline helps highlight the power that certain celebrities possess online.

Based on true events, the documentary follows the planning of Fyre Festival and the marketing tools used to promote the occasion. Set to take place in the Bahamas from April to May (2017), entrepreneur Billy McFarland wanted to create a luxury experience for all those attending and for the festival to offer customers a once in a lifetime opportunity. In terms of marketing, it is fair to say that the Festival delivered on this front. 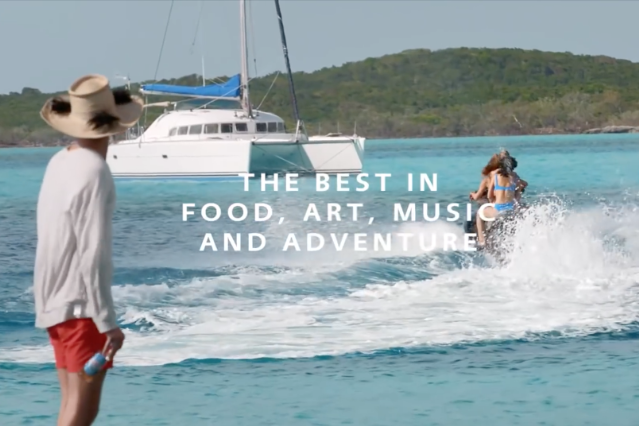 Through promotional videos with supermodels like Kendal Jenner and Bella Hadid, that were plastered on millions of people’s social media feeds, a fake environment was created. It was reported that Jenner received a payment of $250,000 to promote one picture of the setting on her Instagram account. Many customers were misled by the posts and images of these A-list celebrities partying on a beach, as none of the influencers ever revealed that they were all part of a promotional strategy. Instead, all the viewers who were watching this material through their phone screens were made to believe that this festival was the place of dreams.

After a collapse of financial budgets and a wealth of inexperience when it comes to planning an organised event, the festival was a disaster. There were no celebrities living it large on boats and yachts, just a bunch of white tents and a whole load of confused, frustrated ticket buyers. The whole stunt showcased just how deceptive social media posts can be and more significantly, the power that online profiles have in shaping our judgment of events.

Undoubtedly, the failure of Fyre Festival is an extreme example of what can happen when social stars lose track of just how influential their online messages can be. Visualising the advertising techniques through our marketing lenses, all those involved actually did a fantastic job at promoting the event. All the videos and posts captivated interest from around the globe and, had the organisers delivered behind the scenes, the festival could have been a success.

However, the importance of recognising why influencers are showing us certain material needs to be outlined. Recommended products from our peers is unquestionably a key factor behind many of our purchases. From an influencer’s perspective though, they get paid to ‘make these recommendations.’ Social media celebrities must now be clearer when these messages are part of a paid promotion, instead of influencing their audiences into thinking they have deliberately selected their said-product for a practical reason.

This crackdown is already in full flow, with many celebrities already agreeing to the new guidelines. Will this be the first of many rules that influencers will need to adapt to? Only time will tell, but for now, this new procedure is one that should suit both parties quite nicely.