Bucky Bingo has been on the scene since 1975. First, in the grand old bingo halls, and now on our shiny new site, we’ve been offering players the chance to have fun, make new bingo buddies and win a tidy sum – for over 40 years. But the game and its origins go back further than you may realize. So, saddle up, and let us take you on a journey through the history of bingo. 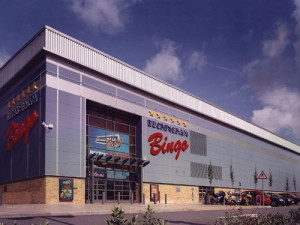 The great-grandfather of bingo was the Lo Giuoco del Lotto d’Italia (or loosely translated to the National Lottery of Italy), created in 1530 and still going strong today. This ancestor of the bingo we know and love developed with a card of three horizontal and nine vertical rows numbered between 1 and 90. Players waited to have numbers called out and the first player to cross out every number across a horizontal row was the winner. 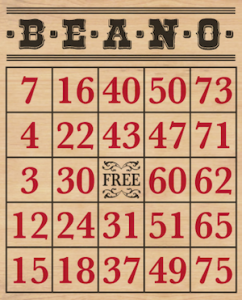 A more recent relative of bingo developed in America and was played at funfairs and carnivals. Bingo halls’ were yet to come via Edwin S. Lowe – the man who developed bingo as we know it today.

At the time, players used beans to mark their cards. However, at one event which Lowe attended, an over-excited winner shouted out the word “bingo” instead of “beano” and voila….Lowe had the perfect name. The savvy entrepreneur developed the new system of 75 Ball Bingo and rolled it out across the USA and Canada.

It took until the 1960s for the bingo phenomenon to reach our shores, but bingo halls quickly sprang up, and Buckingham Bingo were some of the best-loved. The game became a wildly popular social phenomenon in the UK. In 2007, Buckingham Bingo moved online and in 2011, was renamed Bucky Bingo. And the rest, they say, is history.

At the 2016 London Affiliate Conference, Bucky Bingo was presented with the BingoPort Best Boutique Bingo Site award. What makes this particularly gratifying is that the award is decided solely by the votes of bingo players, not by a panel of “expert” judges. The people have spoken, and they love Bucky!

There’s plenty of fantastic new games, generous bonuses and specials headed your way in 2016, so watch this space, and thank you for your continued support of Bucky! 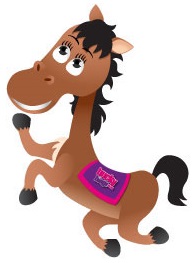