On Saturday 18th October, we were dressed in our best to attend The SMA Platinum Ball. 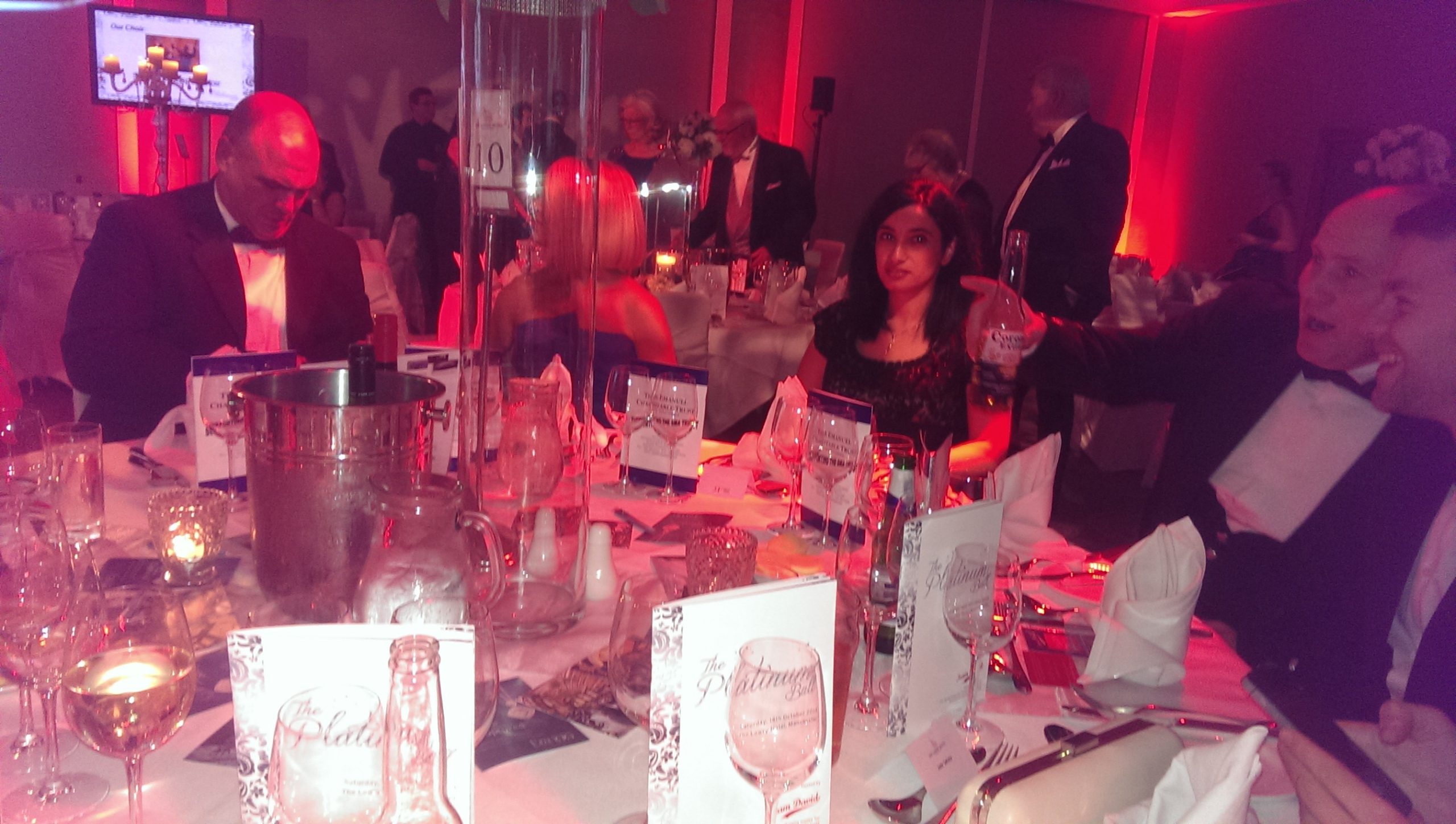 Hosted at the Lowry Hotel, the Platinum Ball brings together a host of high profile guests each year, in order to raise funds for research into Spinal Muscular Atrophy (SMA).

The Platinum Ball was formed in 2011 by Jonathan Dee and his wife Patricia when their son, David was diagnosed with SMA. In order to raise funds for the condition, they formed ‘Team David’ and organised the Platinum Ball.

This year’s Platinum Ball was hosted by BBC Breakfast’s, Bill Turnbull with entertainment from Aura, and the Manchester Sing Out Choir. There were some very inspirational and moving speeches on the night, including one from Patricia Dee. With over 200 guests in attendance, it was a great turn out and an evening to be remembered.

In the silent charity auction, we won a signed Sugar Ray Glove and a Porsche experience. We gave 2 tickets to next year’s Cheltenham Races complete with a Helicopter ride. Overall the event raised a staggering £83,000, £3000 of that was from us.

We would like to say a huge thank you to Journey9 and SMA for the invite.