It’s the most wonderful time of the year, and we have certainly made the most of it at ActiveWin.

Our very own Father Christmas, also known as our CEO Warren, hand-delivered an advent calendar to each of us at the end of November.

There were discussions amongst the teams as to whether we could have the first two chocolates before the weekend, or whether we had to wait until it was December and have all three on the following Monday.

It was a testing time for everyone.

If you follow us on social media, you will have seen our very own advent calendar carrying us through each day of December with awfully cringeworthy and corny Christmas jokes.

All of the jokes you’ve pulled out of your cracker and groaned at, they’re sure to be included in our advent calendar. Have a search of our #ActiveWinterWonderland hashtag to see for yourself.

If Christmas tunes are more your thing, you may have seen our Christmas Song World Cup circulating Twitter.

Compacted into three days of voting, much to the disappointment of the George Michael fans, ‘Last Christmas’ lost out to ‘The Fairytale of New York’ in the final.

Elton John’s ‘Step into Christmas’ didn’t get a look in. We had a few sad faces after that result.

Next up on Twitter you’ll see the best of the Christmas foods played off against one another.

Will sprouts make it past the first round? How popular are mince pies really? Can pigs in blankets come out on top?

It’s all to play for in the Christmas Menu-off.

Perhaps the most highly debated topic of Christmas. We’ve already had the ‘is Die Hard a Christmas film’ debate multiple times and we’re unsure if The Grinch ever needed to be re-made.

The power is in your hands in the final week before Christmas, when our Twitter polls will play off the best of the Christmas – or ‘Christmas’ – films against one another.

You might even have just enough time to watch all of the semi-finalists before Christmas Day.

While we’re all looking forward to the festivities, we also have some people in the company who celebrated the Jewish Festival of Lights, Hanukkah.

We came together in the office, heard the story of Hanukkah, and lit the traditional candles. We were all gifted to a delicious Krispy Kreme doughnut and a branded water bottle, courtesy of our leader Warren.

After countless requests, our lunchtime dreams finally came true this month. The first Thursday of the month meant that we were in for a treat. Yes, you better believe it, we had Yorkshire Pudding Wraps for lunch, made freshly in the office kitchen! With turkey, pulled pork, roast beef, stuffing, gravy… we truly were spoilt for choice. 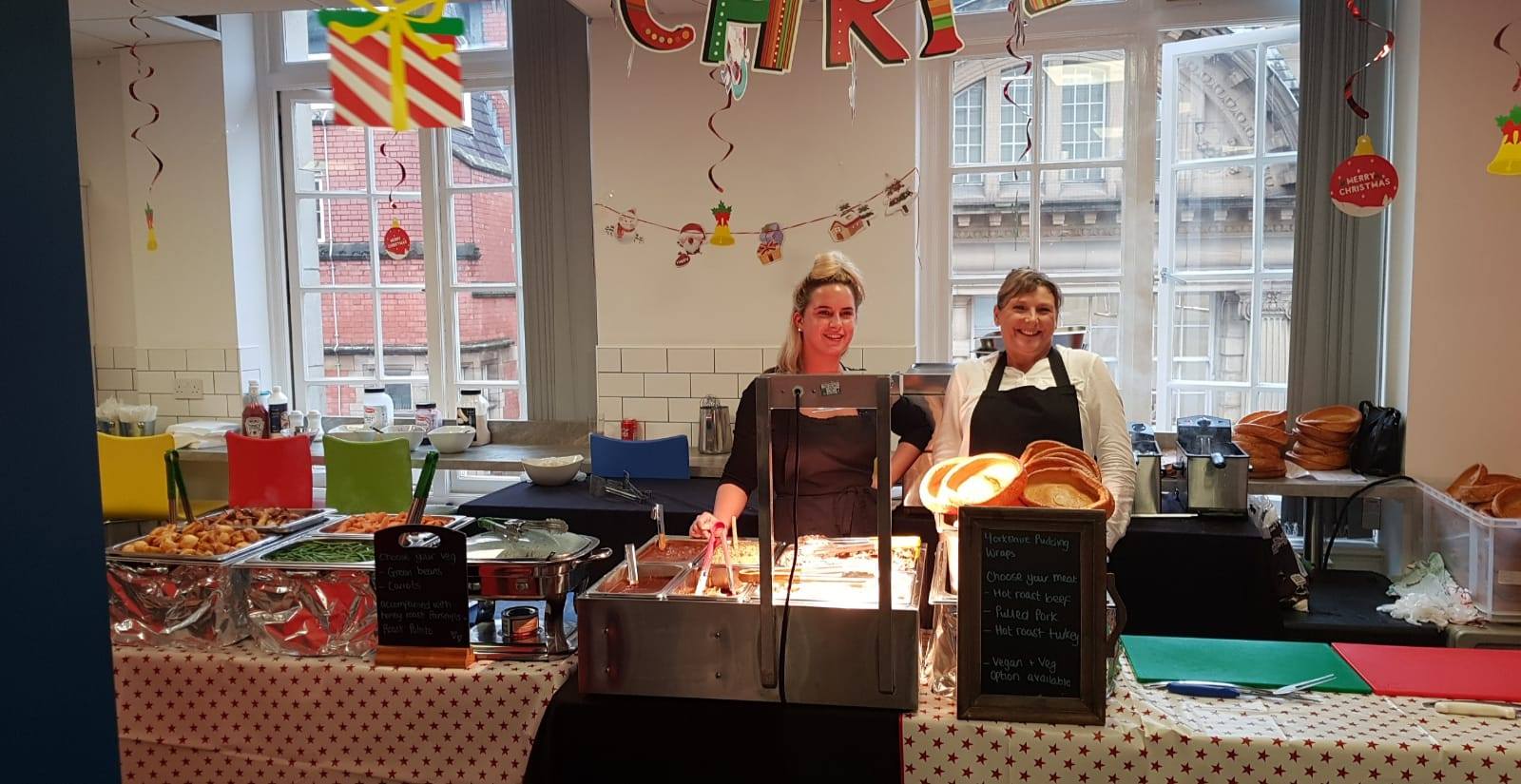 We made sure the veggies and vegans were catered for too! Now we are all eager for round two on the real Christmas Day. We’ve had a taste of Christmas Dinner and we’re hungry for more!

The most coveted event of the season. Yes, more-so than the X Factor final, and almost as anticipated as Harry Redknapp’s jungle win, we got glammed up and ready to party.

The Victoria Warehouse Hotel looked after us, we had food carts aplenty, from hot dogs to waffles, to an ice luge whetting our appetites before the main event: Bandeoke. If you don’t know what that is, it’s karaoke, with a live band playing behind you. 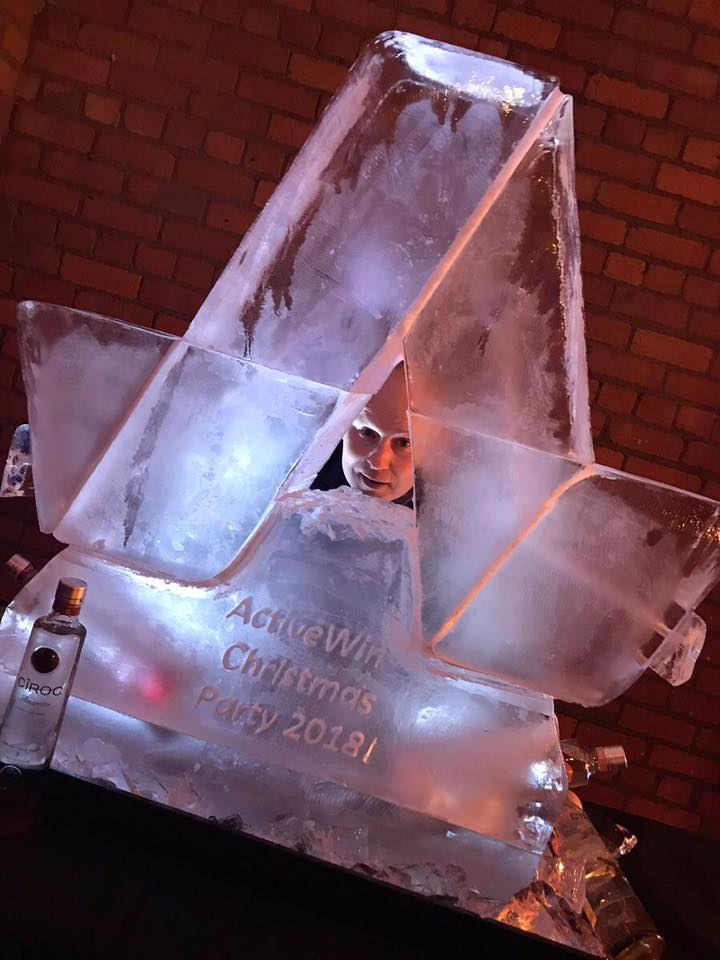 Some of our colleagues were very talented on the microphone, others are crowd pleasers. Thanks to our Digital Publishing team who closed up the Bandeoke session, there was even time for an acapella rendition of 2018’s most important song – ‘Southgate you’re the one / Football’s Coming Home Again’.

What would an office Christmas be without a Secret Santa? We’ve made our picks, we’ve wrapped up the gifts, and they’ve been placed lovingly under our fantastically decorated Christmas tree.

Naturally, Christmas Jumper Day coincides with our gift-giving day, so we’ll be having another festive Friday! We’re hoping to see some tacky jumpers and cute gifts, but it’ll probably be the other way around!

We are having a great time celebrating with colleagues and friends, old and new. We’ve had a great year both as a business and within our teams, and it’s a reason to celebrate. So, a very Merry Christmas from all of us, to all of you.