Part of the ActiveWin culture is to encourage our staff to support charity and give back to society. This extends beyond our company-wide support of the important work done by The SMA Trust, who tirelessly fight to find a treatment and cure for Spinal Muscular Atrophy.

When we hear about young people trying to make a difference, ActiveWin is ready to help. Here is the story of Evie Smith, a teenager who recently spent a month with Camps International, and her journal of her time spent in Tanzania:

My name is Evie Smith, I am 16 years old and I have just returned from the most amazing time of my life doing voluntary work in Tanzania. I went with the organisation ‘Camps International’ and in order to go I had to fundraise £4,000. Thanks to a generous contribution from ActiveWin (in addition to a number of fundraising events and odd-jobs), I was able to reach the full total.

Whilst I was there I was lucky enough to have a day on safari, climb mount Meru and participate in numerous projects. Here is my weekly journal from my time abroad. 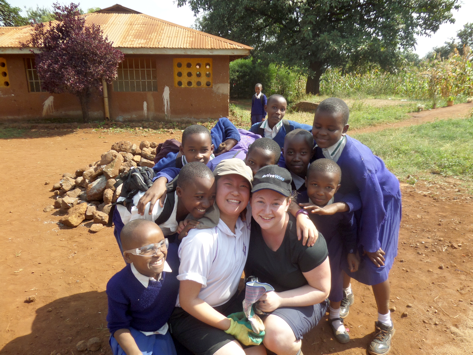 WEEK 1 – Our first week of project work was situated in a local primary school named Kiboriloni. As well as being able to get to know the amazing students, we renovated their toilet facilities as the government had declared theirs as ‘unsafe and unfit for use’ which meant they were having to use bushes and trees as an alternative to a bathroom. We therefore restored and re-plastered the walls, removed large protruding rocks from the surrounding ground, and planted flowers in the soil in the front garden of the toilet block. 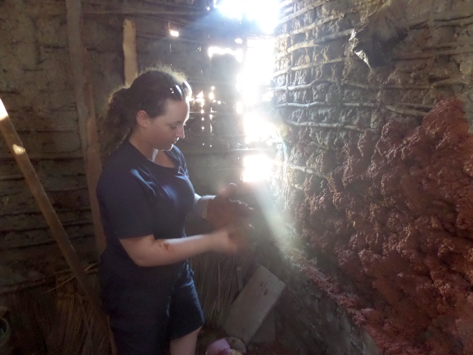 WEEK 2 – Our next project took place in the foothills of Kilimanjaro near a camp called Kidia. Here we planted 1,300 trees to help combat soil erosion.

WEEKS 3-5 – Projects were situated in an area called Ndarakwai. On our first day, we walked to meet with the Masai tribe where we made jewellery with them to help boost their economy and bought some of their own creations. For the next few days we spent the mornings expanding the watering holes in the savannah so that more animals could drink with ease; and the afternoons making ‘elephant dung paper’ (exactly what it sounds like) so that the locals could sell it and earn an honest living, to deter them from poaching elephants for ivory.

WEEK 6 – Our final project took place in the coastal village of Tanga. Here we were taken to a woman whose house had almost completely collapsed after what seemed to be weathering and/or simply ageing. We fixed the internal structure of the walls, plastered and insulated them, as well as rebuilding and fixing in windows.

ActiveWin is a proud supporter of The SMA Trust and we are preparing for SMA Awareness Week, which runs from 23rd-30th September. If you would like to donate, please visit our JustGiving page.