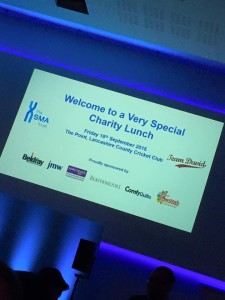 As many of you will already know, we are proud supporters of The SMA Trust, a charity held very dear to our hearts. The SMA Trust is the only UK based charity solely dedicated to finding a treatment and cure for Spinal Muscular Atrophy (SMA).

SMA is an inherited genetic neuromuscular disease which affects the nerves responsible for muscle function, including movement, swallowing and breathing.

Here are a few stark facts about SMA: 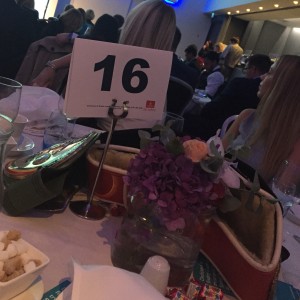 On September 18th, ActiveWin attended an exclusive event to raise funds for The SMA Trust at The Point, Emirates Old Trafford in Manchester. Business leaders from across the UK were joined by Tesco CEO (UK & ROI) Matt Davies, who was bluntly interviewed by BBC Breakfast’s Bill Turnbull.

Supporters of the charity donated a variety of unique auction items, which helped to raise a staggering £85,630 on the day. One lucky bidder is now a proud owner of our very own boxing-themed lot. The package included a signed pair of Sugar Ray Leonard boxing trunks and an autographed collection of iconic photos of Muhammed Ali’s legendary career. A trio of title belts donated by European Welterweight boxing champ Gary ‘The Kid’ Jacobs included a personal training session at the MGM Boxing facility in Glasgow, which rounded out this boxing enthusiasts dream collection. 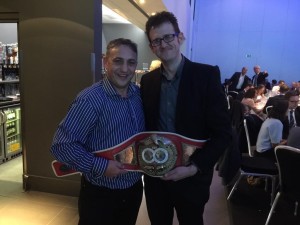 September 28th marked the beginning of the annual SMA Awareness Week, which runs through October 4th. Team ActiveWin have been enthusiastically supporting the #tackleSMA social media campaign on Facebook & Twitter. Throughout the year, we host events to raise money and awareness for the charity.

If you would like to know more about The SMA Trust, visit their website. Donating is easier than ever. You can show your support by texting ‘SMAA15 £3’ to 70070. 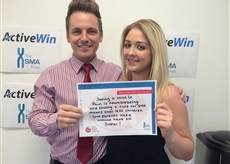 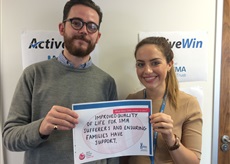 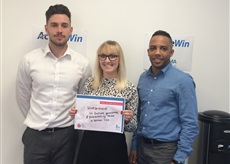 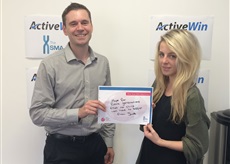