Seven of ActiveWin’s best digital marketers donned sportswear, t-shirts, and trainers to face Born Survivor, in aid of The SMA Trust on September 24, 2016

Born Survivor is a military-style assault course featuring more than 30 horrific-sounding obstacles, from crawling under barbed wire and being immersed in icy water, to ‘hang tough’ rings and bars, and claustrophobic tunnels. It’s all topped off with miles and miles of mud located on the picturesque grounds of Capesthorne Hall in Macclesfield,

Captained by marketing executives Hannah McCarthy and Adam Jackson, the team pushed their muscles and mental strength to the limits and still came out the other side smiling. Designers Dave Bates, Ayaz Mohammed, Holly Sunderland, Natalie Thornley, and Media Buyer Daniel Goux got their heads down (literally), to represent the business.

Hannah said: “I found ‘the mincer’ the most difficult; the tyres were so heavy and you had very little room. I had to talk myself through that bit, but it was terrific – I’m thrilled I did it. There was great teamwork too. We all helped each other out, and even strangers were pulling you up over the walls and giving each other encouragement.” 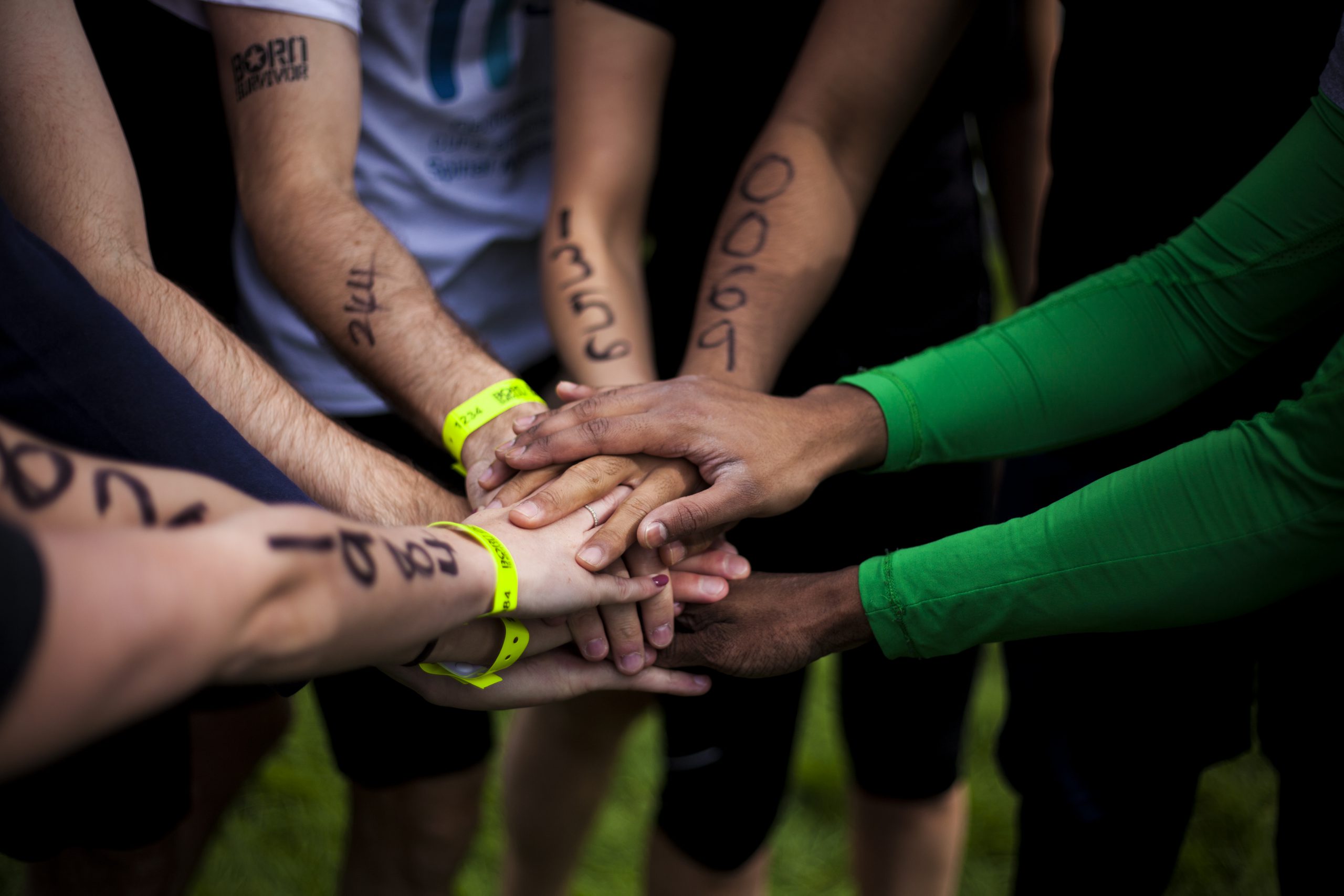 “The water [Submariners Struggle] was the worst bit for me. It was so cold it made you take a sharp intake of breath, and my vision was blurry for a while afterward, but it was a great experience. I’d do it again, and recommend it to others” added Adam.

Adam added: “Most importantly, we’ve raised lots of money for The SMA Trust, which is fantastic. Huge thanks to everyone who has sponsored us so far. Donations are still coming in, so hopefully, we’ll smash the target.”

The SMA Trust is a charity dedicated to finding a cure for Spinal Muscular Atrophy. Since it began in 2003, it has raised more than £3 million for research.

If you want to help the team beat their target, there’s still time to donate. Follow the link to the official JustGiving page, and remember to click yes for gift aid, so there’s no tax on the donation.