A trio of ActiveWin’s finest were among the 35,000 runners who took to the streets on Sunday to take on the Manchester 10K.
Running for ActiveWin’s official charity The SMA Trust, Alex Boyne, Ayaz Mohammed and Daniel Goux all finished the race in under an hour – 46, 51 and 55 minutes respectively – and have so far raise 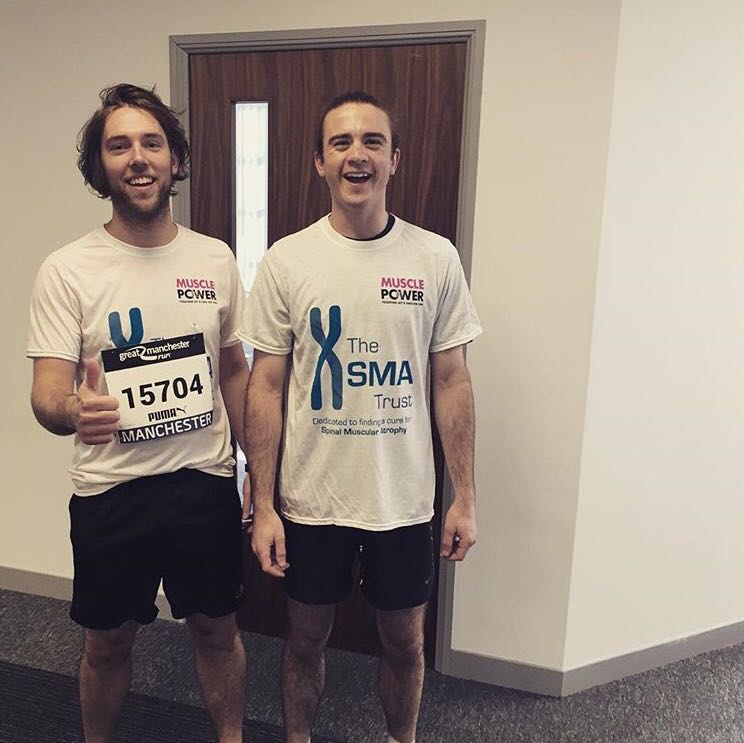 d more than £700 (with gift aid) for the SMA, with sponsorship still coming in.

Spinal Muscular Atrophy (SMA) is a genetic, incurable and currently untreatable disease. The SMA Trust is dedicated to finding a cure and treatment for the disease, and ActiveWin is proud to support the charity to help continue the incredible work they do.
Media Buyer, Alex, said: “That was my fastest time, so I was very pleased. It was also great to see my family cheering away down Deansgate. It really spurred me on, together with the knowledge that we were raising money for a great charity.”

Graphic Designer, Ayaz, who ran despite ailing from a stomach bug, said: “I’d definitely recommend it to anyone, even if you are new to running. It’s an excellent challenge. We were more than happy to take part for the SMA. Massive thanks to everyone who sponsored us!”
Junior Media Buyer, Daniel, added: “I’ve never run further than 7K before so I wanted to see if I could do it. The SMA is such a fantastic cause and wanted to show my support.  I was pretty happy with my time, even though I was the slowest of us. Olympic Champion Kenenisa Bekele ran past me which was cool – he was on his ninth K as I was running my first! I also saw Peter Hook from New Order.”

There’s still time to sponsor the ActiveWin trio on their official JustGiving page.

If you would like more information about the many ways you can support The SMA Trust, please visit the official website.